Sleek and space-age come to mind when I looked at the Native Union ‘Curve’ MM03 Bluetooth wireless phone designed by David Turpin.

Upon opening the very well-packed handset, I stumbled upon this little pocket card which I thought was just a beauty on how simple it was to setup the phone: 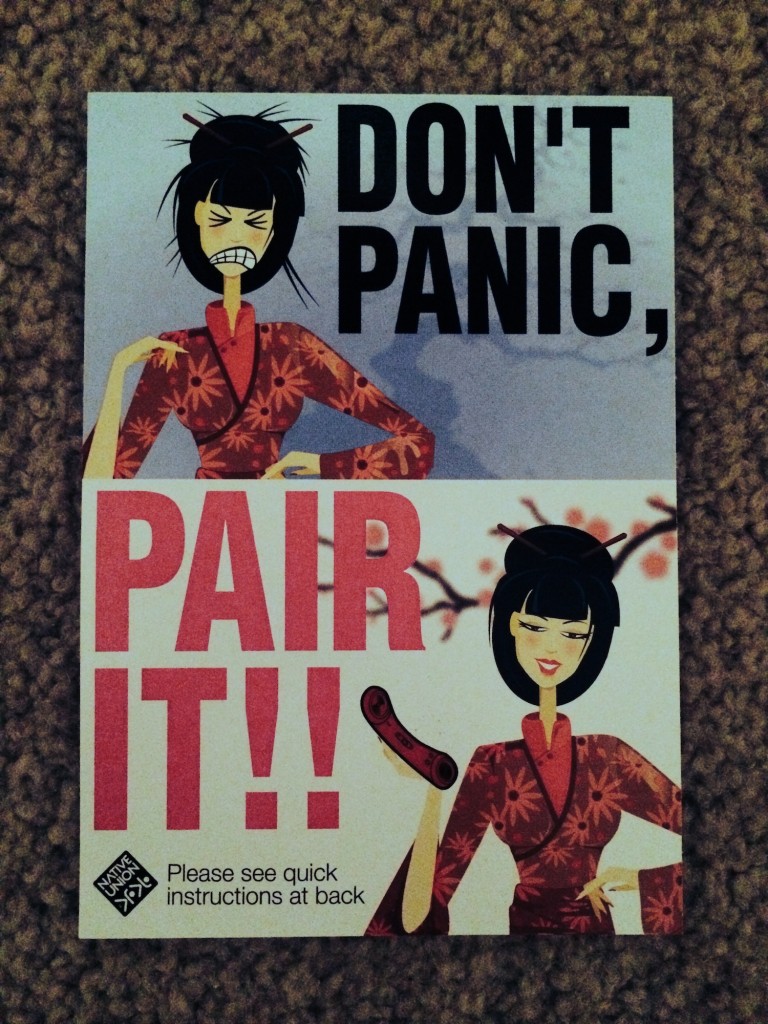 Albeit there was another side to the card with a 4 step process. Nevertheless, it made me have a good chuckle. 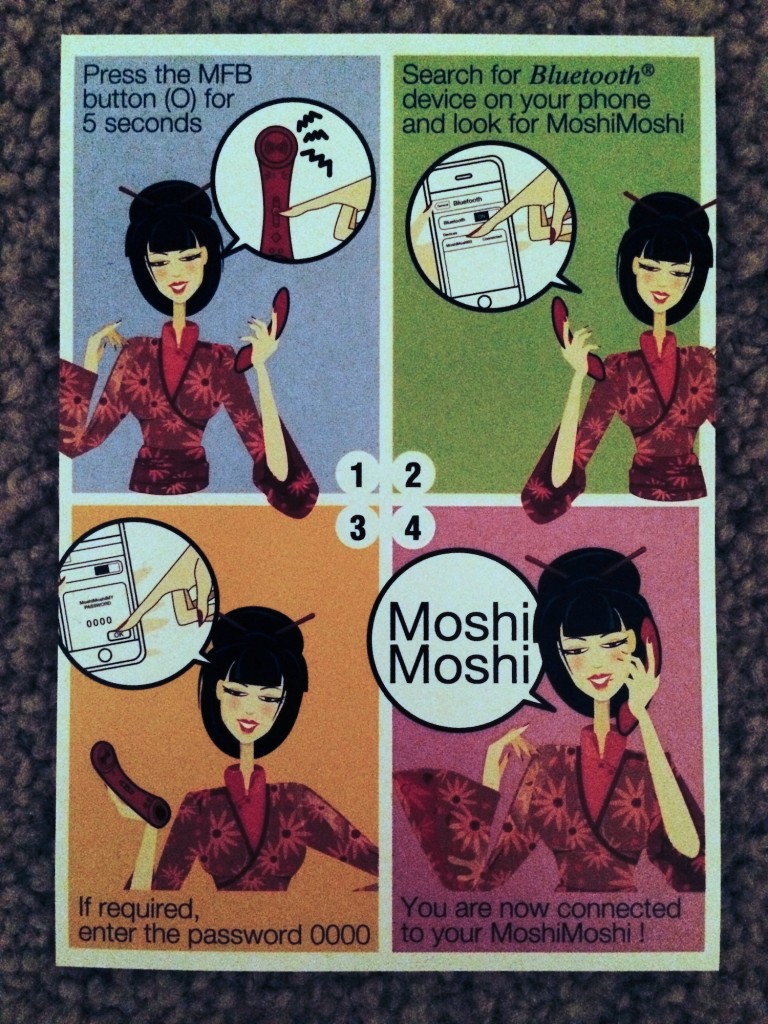 After unpacking the base station, you’ll need to plug it into the power point and charge the handset (it didn’t have any power when I unpacked it which was lame as I was pretty keen after the aforementioned pocket card).

Pairing the phone to your devices is as easy as the card suggests. I paired my iPhone 5s and as a fun test, my iPad. It turns out there is a reason for this item to be listed as being suitable as an iPad accessory, more on that below.

I’d say the only thing that annoyed me slightly was the length of the power cord for the base station, although not really a negative to the standard user as the cord does come in at around 1 metre in length. I live in an older home where power points appeared to be a luxury when it was built, having a single outlet per room.

Down to business, the phone has excellent sound quality. Much better clarity than the iPhone, even over cellular. However you really notice the difference over FaceTime.

The most immediate issue I found with the handset, much to the bemusement of my girlfriend, was the tendency to answer the handset upside down. While the design is a sleek and ultra-modern finish, the need to better visually identify which end is the speaker and which end is the microphone needed to be made. 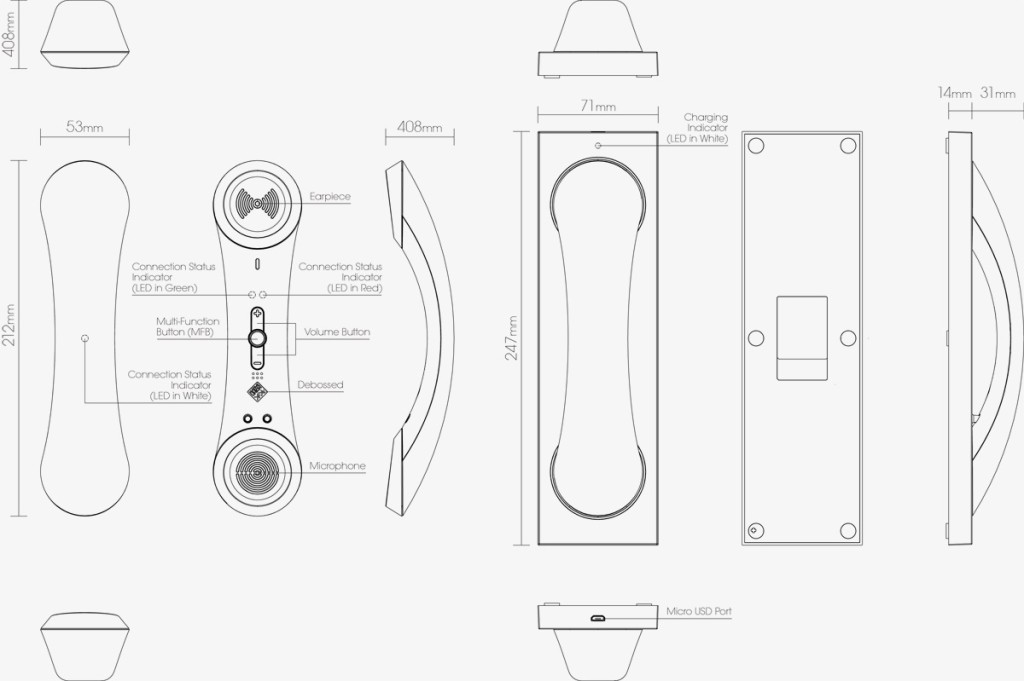 It may look blatantly obvious in the diagram above (due to the different imprints in the phone), but compare it to the one below. Now pick up the handset quickly and answer a call, you might start to see the problem. 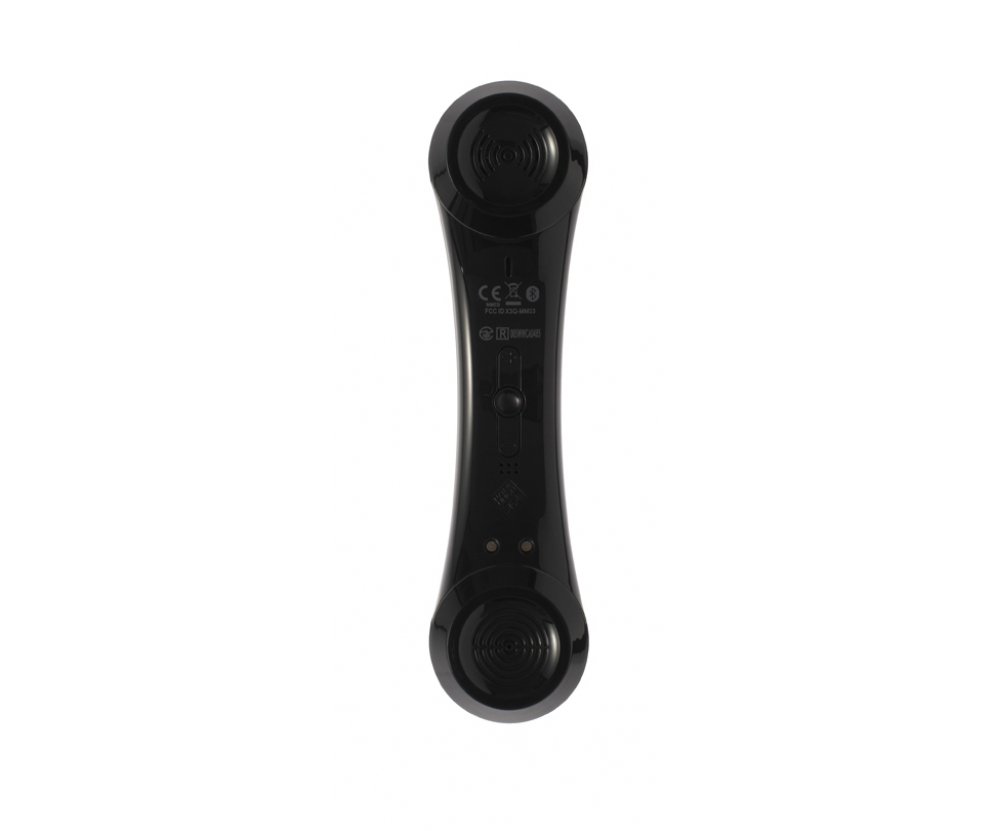 I found the easiest solution was to simply put a small green circle sticker on the inside of the handset at the end with the speaker. You could also use the power contacts as a way of identifying what end of the phone your holding if you’d prefer.

The range of the handset was fine, I only have a small house, but I was able to comfortably take calls while outside, although only within 5-10 metres of the house, after that it just drops out.

The handset also pairs nicely with the iPad. I found it worked quite well when using Skype audio calls, although the fact that I couldn’t tell if the call had video as well was somewhat awkward as the person on the other end of the phone would complain that all they could see was a black screen due to the iPad being facedown on the table.

The final thing I’ll say is the inability to know who’s calling you. I guess it’s just reverting back to when you’d pick up your home phone and legitimately not know who was calling. I guess it’s a positive and negative depending if you’re nostalgic or not. I guess that’s what this handset really comes down to. To be honest, I can’t imagine 10 or 12-year-old children with smart phones ever wanting to use this but those who remember the good old days of having a home phone will definitely enjoy this device.