Let me just say from the outset, this case is a beast, in every sense of the word. It’s strong, bulky, durable, overly large and somewhat cumbersome. But this doesn’t detract from what this case is designed to do: protect your iPhone from tough external conditions.

Putting the case on your iPhone 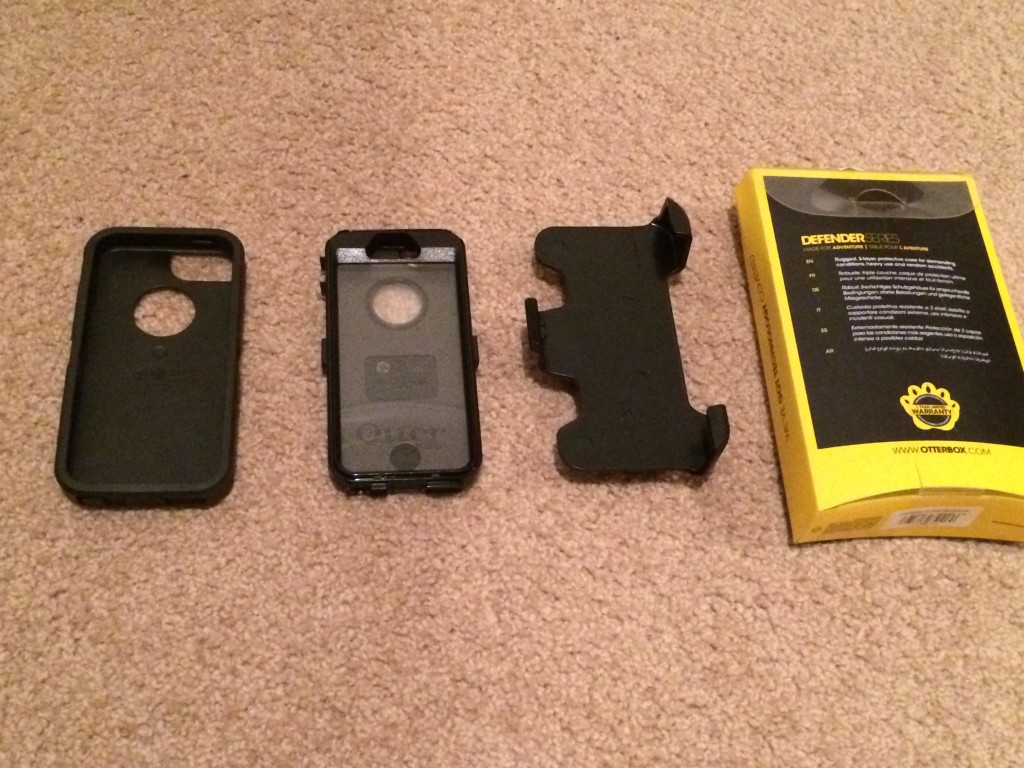 The case comes in two parts (excluding the belt holster, more on that later). an inner polycarbonate shell that fits snug on your phone and a thick silicon outer layer that fits over the inner shell. On attempting to put the inner shell on my iPhone, I spent the first 5 minutes just trying to open the damn thing. I actually needed to read the instructions in this case (no pun intended. Alternatively you can watch the OtterBox Defender YouTube video). Once I realised how it opened up it was dead simple. I was afraid that I was using too much force to open the cases inner shell. As I soon realised, you don’t need to treat this case like a cheap $10 plastic case off eBay. These things are meant to take a punishing.

The OtterBox Defender also comes with a belt holster. Personally, I didn’t use the holster. It just made me feel like a massive idiot. If I was a tradesperson then it might be a bit different.

The case in action

The case itself is great and does exactly what it describes. I found the plastic screen over the top of the touch screen really decreased the touch sensitivity when using the phone. I found I couldn’t touch type nearly as easily and had to ensure I really pressed each key on the keyboard.

Out in the garden I accidentally completely submerged the case in potting mix. With no dirt penetrating the inner shell, it worked as expected. I just took the silicon outer layer off and washed it.

With the lip on the front of the case around the edge of the screen being a good 0.5cm, I found I wasn’t able to do edge-to-edge screen swipes with my left thumb and I had to use the opposite thumb to complete the gesture.

This case isn’t for everyone. There are a number of alternatives for hard shell iPhone cases that are a little less bulky than the OtterBox Defender. If you’re sitting at a desk like I am five days a week, there’s no real need for it. If you’re out and about or have kids then this case is a must. It ticks all the boxes for meeting its purpose exactly.