If you’re like me, you’ve got a number of iPhone accessories – rendered useless with the advent of Apple changing from the 30pin to lightning connector.

One of those is a my Logitech Pure-Fi Anywhere 2. But there’s no need to put it under the bed or use it as a fancy doorstop. You can grab a Kitsound Dock Air Wireless Converter, which turns your dock into a bluetooth-enabled music station. 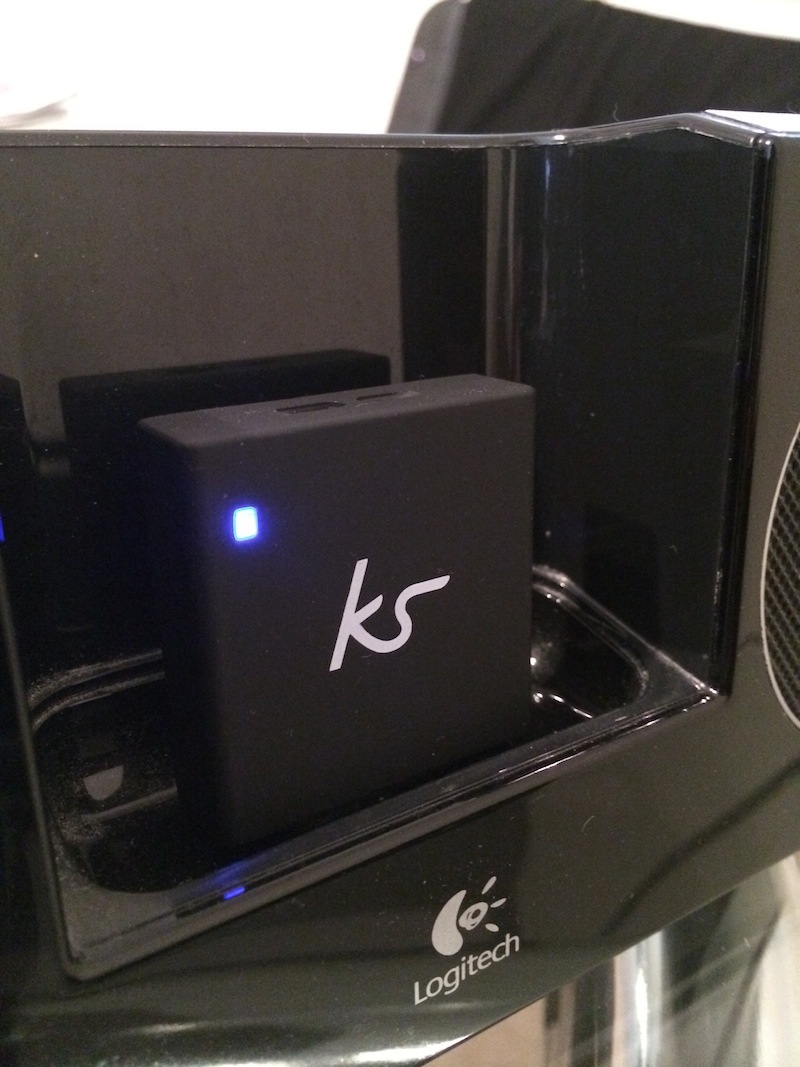 Now not only is your dock now usable with your iPhone 5 it’s also usable by any bluetooth (V2+) enabled device.

It doesn’t work with all 30pin docks so it would be best to see if your dock is on the compatibility list prior to purchasing, though the number of docks supported is very generous.

To set it up was dead easy. Plug it in and pair it with your iPhone. That’s it. Just start playing your music and off you go.

My thoughts after a week using it:

Overall, it’s a simple device that performs exactly as advertised! If the Dock Air isn’t compatiable with your speakers, there are a number of alternatives that can perform a similar task.

Sleek and space-age come to mind when I looked at the Native Union Curve wireless Bluetooth phone designed by David Turpin. Its sound clarity is superior and the phone is a nostalgic through-back to the days of when you had a home phone.